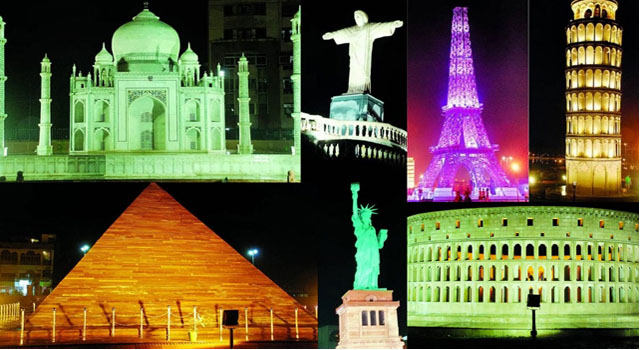 Seven Wonders
Prototypes of Seven Wonders of the world have been built in a single park on the bank of Kishore Sagar Lake at Kota. A visit to this park will give you a nice glimpse of the Seven Wonders of the World at one place. It has not only boosted tourism at Kota but has also brought tremendous fame to Kota, Rajasthan. It has become a favorite spot for shooting of bollywood films as well
The Park has the exact Replica of the following SEVEN wonders of the World:
TAJ MAHAL, GREAT PYRAMID OF GIZA, BRAZIL'S CHRIST THE REDEEMER, EIFFEL TOWER OF PARIS, LEANING TOWER OF PISA, NEW YORK'S STATUE OF LIBERTY, ROME'S COLOSSEUM

Jag Mandir
Right in the middle of the Kishore Sagar Lake, on a small island, is the beguiling little palace of Jag Mandir. Built in 1740 by one of the maharanis of Kota, it is best seen early in the morning but is exquisite at any time of the day. The azure water around the red-sandstone monument enhances its beauty. Boat-rides can be enjoyed in the lake. The Keshar Bagh famous for its royal cenotaphs lies in the vicinity. 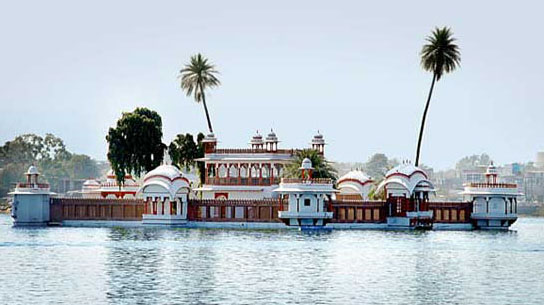 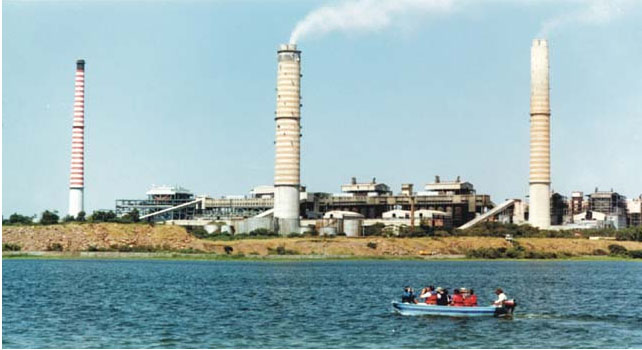 Chambal River
The Chambal River remains one of North India's most unpolluted rivers, home to a rich diversity of flora and fauna. National Chambal (Gharial) Wildlife Sanctuary is famous for the rare Ganges river dolphin. The sanctuary was founded in 1978 and is part of a large area co-administered by Rajasthan, Madhya Pradesh and Uttar Pradesh, within area of 5,400 km2. Approximately 400 km of the river is within the reserve. Apart from the Ganges river dolphin, the other inhabitants of the sanctuary include magar (crocodile) and gharial (Gavialis gangeticus). Migratory birds from Siberia form its rich avian fauna.

Kota Museum
The Painting section has several miniature paintings of Bundi, Kota, Nathdwara and Jaipur schools. Paintings of Shrimad Bhagawata of the early 17th century are most attractive from the point of view of workmanship. Various Sanskrit manuscripts can be seen in the manuscript section. They include Vedic, Astronomical and Astrological works. Some Hindi manuscripts are also preserved. The Gita and the Bhagawata written in the minutest letters on paper scroll are worth mentioning from the calligraphic point of view. 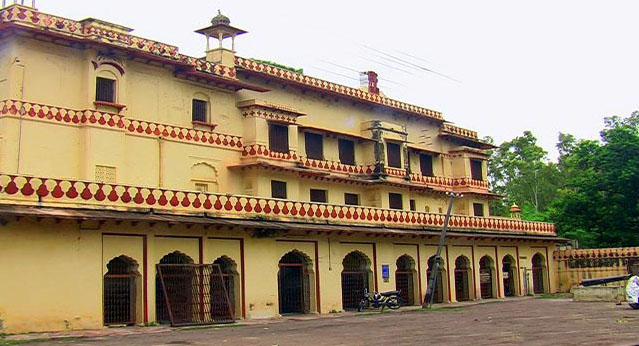 Government Museum
Housed in the Brijvilas Palace near the Kishore Sagar, the museum displays a rich collection of rare coins, manuscripts and a representative selection of Hadoti sculpture. Especially noteworthy is an exquisitely sculptured statue brought here from Baroli. The archaeological section of the museum consists of various sculptures, some dating back to the Gupta period (4th century). Sculptures worth mentioning are Shesh Sayi Vishnu from Badoli (Chittaurgarh), Jain image of Vardhaman from Baran and a dancing pair from Ramgarh.

Abheda Mahal
A magnificent Mahal outside of city, have small lake with numerous lotus and beautiful small garden with Kota School paintings. Also you can watch migrant birds in the month of August to March. Situated in the old palace, the museum has a superb collection of Rajput miniature paintings of the Kota school, exquisite sculptures, frescoes and armory. The museum also houses a rich repository of artistic items used by the Kota rulers. The museum is definitely not to be missed as it is reportedly one of the best museums in the state 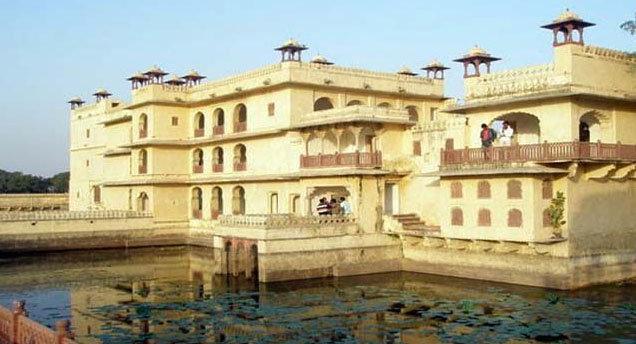 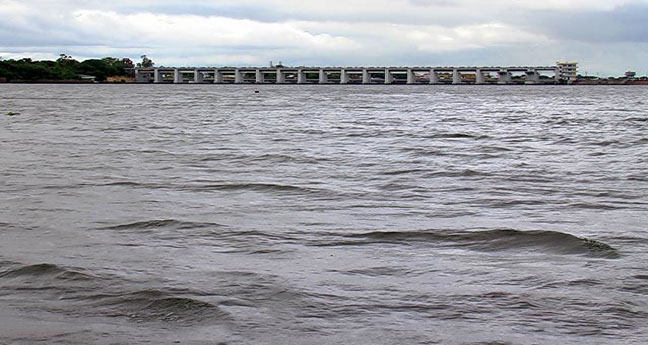 Kota Barrage
The Kota Barrage is situated at a short distance of 0.8 km upstream from the city of Kota. The fourth dam in the chain of dams built by the Chambal Valley Project, Kota Barrage was constructed in the year of 1960. An engineering marvel of the present times, Kota Barrage has a total storage capacity of 99 Mm³. Spread over a total catchment area of 27, 332 km², Kota Barrage serves numerous functions for the welfare of the region. Not only does this barrage control floodwater and irrigate canals, it also serves as an alternative bridge in the monsoon season.

Hanging Bridge
The Hanging Bridge is a cable-stayed bridge under construction in Kota, Rajasthan, India. The bridge is situated on the Kota Bypass. It crosses the Chambal River just outside the city. The project is being supported by the National Highways Authority of India (NHAI). The bridge is scheduled to be opened in July 2017. This bridge will be just like millau viduct in France whose construction is almost the same. 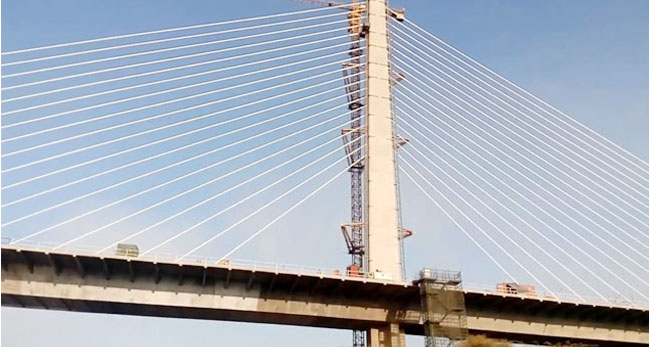